Rami Makhlouf Turns to Charity, Says Doesn't Want to Be 'Burden on Syria' 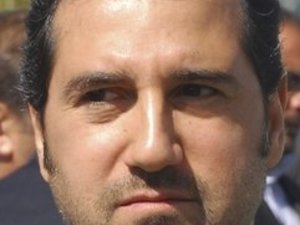 Telecoms tycoon Rami Makhlouf, a cousin of President Bashar al-Assad who is on a list of 13 Syrians facing EU sanctions, said Thursday he will allocate profits from his businesses to charity.

"Profits from the shares I own in Syriatel will be allocated to charity, humanitarian work and development projects" for people across Syria, Makhlouf said in a statement obtained by Agence France Presse.

"I will not engage in any new projects that can generate personal gain and I will devote myself to charity and humanitarian work," Makhlouf said in the statement.

He said he took this decision because he no longer wants "to be a burden on Syria, its people and its president from now on."

Makhlouf is widely despised by opponents for allegedly exploiting his relationship with the president to build his commercial empire, including Syriatel.

In May, the European Union included Makhlouf on a list of 13 Syrians facing sanctions and in February the U.S. Treasury froze his assets as part of widening sanctions against Damascus targeting officials engaged in "public corruption."

On May 11, Makhlouf warned Israel of instability if the regime of his cousin Bashar al-Assad falls, vowing to "fight to the end."

"If there is no stability here, there's no way there will be stability in Israel," said Makhlouf.

"Nobody can guarantee what will happen after, God forbids, anything happens to this regime," Makhlouf told the New York Times.

"What I'm saying is don't let us suffer, don't put a lot of pressure on the president, don't push Syria to do anything it is not happy to do," said Makhlouf who is a member of Assad's Alawite minority.

haka badri. Why doesnt he return the company to the serian people?
instead of "yrabehoun jmileh" by giving them the profits.

Too Late Mr. Makhlouf! Soon you and your cousins in power will wake up to realize that you have transended into another time zone, a time zone of realty, wherethe moderan day people cannot be ruled by tyrany and fear. This type of tryranic rule was over in the Soviet Union in the 90's, and is catching on this year in the Arab Spring. sadly to say it is just a matter of time before your family regime is overthrown. Better to start investing your money in some other dictatorship who will welcome your money like Cuba or North Korea.

Mafioso Saad Don Haririoni should follow in his steps and return the billions of the people's moneys back to their rightful owners.

This means the regime in Syria is strating to crumble. Mehlis may look like an idiot, be one, but that doesn't make his prediction false. The question is will it be replaced by another opportunistic, corruption and money-driven, and possibly worse regime? Or something more democratic?