IHOP to Expand in The Middle East, Including Lebanon 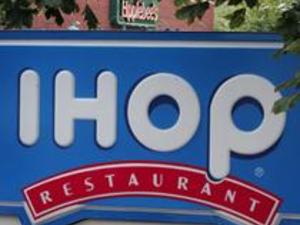 DineEquity Inc., which owns the IHOP chain of restaurants, said Monday it plans to open 40 new IHOP stores in the Middle East with Kuwait-based franchiser M.H. Alshaya Co. in its first major expansion outside of the U.S.

The restaurants will begin to open over the next 12 months in Kuwait, Saudi Arabia, Jordan, Lebanon, Qatar, the United Arab Emirates, Oman, Bahrain and Egypt.

DineEquity, which also operates Applebee's Neighborhood Bar and Grill, has previously only opened stores in the U.S., Canada and Mexico. But it has been looking further afield lately, opening stores in Puerto Rico, the U.S. Virgin Islands and Guatemala.

Just what we need...more clogged arteries and obese people. This place is grease pit par excellence and should be banned period.

Of all the amazing food we have in the Middle East, I really don't see what a place serving nothing but tasteless fat has to offer. Not sure this place would do well to start with.. but then again, you never know how dumb people can get.

This is new evidence of U.S. efforts to steal our wealth!

The middle east is creative and talented enough to produce its own fantastic concepts, when is this obsession with franchised crap going to end, do you want the whole world to look the same, anytown USA is fast becoming anytown anywhere, barf...and your pancakes suck,

and I don't know where they got the International in ihop from????