by Naharnet Newsdesk over 10 years 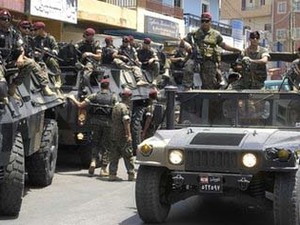 Israel confirmed that both the U.S. and France suspended deals that are meant to provide assistance to the Lebanese military, over fears that the munitions would fall into the hands of Hizbullah if it controlled the new government, Israeli newspaper Maariv reported.

“It took a lot of effort to convince Washington… we made it clear that in a scenario where Hizbullah controls the Lebanese government, the arms will endanger Israel,” a high-rank Israeli official told the daily.

Maariv reported that a similar decision was taken by the French authorities. “France has frozen an advanced arms deal, which was meant to support the Lebanese military with ‘HOT’ and anti-tank missiles.”

The newspaper remarked that the U.S. Department of Defense is also reconsidering military deals with the Gulf states including Saudi Arabia because of the latest developments and instability in the Arab world.

LebanonFranceUnited States of AmericaPolitics
Comments 0
Login to leave a comment