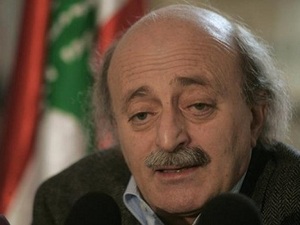 “I put at Speaker Nabih Berri's disposal some feasible ideas that can be discussed to overcome the electoral law dilemma,” said Jumblat after the meeting.

“Walid Jumblat and the diverse people of Mount Lebanon have no fears and I'm sleeping well at night,” Jumblat added sarcastically.

“We thank them and we are with him in this approach,” he added.

Nasrallah had on Sunday described the winner-takes-all electoral system as an “exclusionary law,” noting that proportional representation “does not eliminate Druze, the Progressive Socialist Party or al-Mustaqbal Movement.”