WikiLeaks: Mohammed Jawad Khalife Warned that Hizbullah Would ‘Turn Our Life Into Hell’ 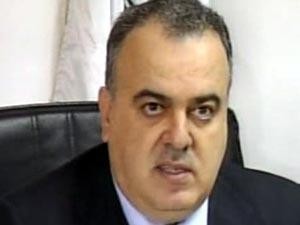 Caretaker Health Minister Mohammed Jawad Khalife has warned that Hizbullah would “turn our life into hell politically” if Syria failed to reach an agreement with the U.N. commission investigating ex-Premier Rafik Hariri’s assassination.

During a meeting with then U.S. Ambassador Jeffrey Feltman on September 28, 2006, and according to a WikiLeaks cable, Khalife said car bombings and “terrorist attacks” would resume in Lebanon if Damascus failed to strike a deal with the U.N. investigators.

He also warned that Syria could use its “dormant Palestinian agents” in Lebanon to carry out such attacks, the cable said.

Khalife noted that three Hizbullah “red lines” were crossed: The Lebanese army was deployed in the south, UNIFIL was given a larger mandate and peacekeepers began carrying out patrols with total liberty.

He told Feltman that Hizbullah began facing political difficulties after the army was deployed south of the Litani river.